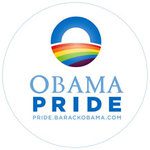 Today is Trans-Blogs for Obama Day. The Stonewall Democrats are sponsoring a cyber day on which the transgender community can publicly rally around Senator Obama. We can show him our support and our numbers on a full day of trans and ally fundraising for the good Senator from Illinois. Twenty years ago, I never envisioned a tranny community, much less a tranny community that could make itself heard on a national level.

When I’m out on tour, a question I’m most regularly asked is, “How far has the transgender movement come since your days, when you were transitioning?” I usually duck the question, because the answer isn’t as simple as “great” or “awful.” Over the last two decades, there have been some wonderful political and cultural advancements. Yet I’m pretty sure that I speak for the majority of trannies when I say that from our perspective, we could certainly use more change than what we’ve gotten over the last twenty years.

San Francisco, 1989—the year of the big earthquake. I’d just written my play, Hidden: A Gender—one of the earliest plays written and performed from a trans perspective. The piece was commissioned by Doug Holsclaw and Adele Prandini, at Theatre Rhinoceros. Dr. Noreen Barnes directed the show, which ran for three weeks in Theatre Rhino’s basement second stage.

A student from George Mason University in Arlington, Virginia was in the audience one night. She was a Womens’ Studies student, visiting San Francisco, and she loved our show. She returned to GMU, and excitedly persuaded Rose Pascarell (then an Assistant Professor of Sociology, now the Associate Dean of Student Life and a dear friend) to track me down and bring the show to Virginia. I booked a tour around that phone call. Cayenne Woods was our tour manager and tech czar. The cast was me, Justin Bond, and Sydney Erskine. I’ve stayed in close touch with all but Sydney over the last 20 years. (If anyone is in touch with Sydney, please give her my love and let her know I’d love to hook back up.)

Justin, Sydney, Cayenne and I toured the show to six cities and college campuses from late 1988 through to the Fall of 1990. Theatre Rhino invited us back to re-mount the show on the main stage. It was exciting. They gave us more money for scenery, props, and costumes. Advance ticket sales were great, but a handful of the theater’s subscribers cancelled their season tickets in protest over a transsexual play being performed at a lesbian and gay theater.

We were all set to open the night of August 2nd, 1990—the same day that President George Herbert Walker Bush declared war on Iraq. We went ahead with our opening, but I gave a curtain speech at the top of the show: any advance ticket holder or subscriber who was too emotionally or politically wrapped up in protesting the war could leave with a full ticket refund, no questions asked. We gave the same offer to every audience member for the next four weeks of our run. A few left. Most stayed. The entire city was politically charged with anti-war sentiment and action. Queer artists across the nation had good reason to take whatever political action we could.

1990 was an election year, and Senator Jesse Helms of North Caroline was up for re-election. His challenger that year was Harvey Gantt, the mayor of Charlotte. Gantt wanted to become the nation’s sole black Senator. His campaign was reaching out across the nation, asking for donations. The Hidden: A Gender company and the staff of Theater Rhinoceros agreed to extend our run for one more weekend, and that we’d donate all box office proceedings to Gantt’s campaign.

As queer artists of the day, we had an axe to grind with Senator Helms. He was the guy who’d only a month earlier succeeded in defunding the National Endowment for the Arts, effectively cutting off most if not all government funding for queer artists. None of us had much money, but we were only too happy to hold fund-raising performances to help the man who sought to unseat the heretofore undefeated Senator Helms. We wrote Gantt’s campaign with our offer. We had an answer within days. Yes, said the Gantt campaign—they’d be very grateful for our donation, but could we please give it anonymously. They didn’t want a play about transsexuals associated with Mayor Gantt’s bid for election—surely we could understand that, they wrote. We turned them down. What sort of Congressional representation could we expect from a man who wouldn’t even mention our name? Helms fought a mean, nasty campaign and defeated Gantt.

Okay, it’s twenty years later. Trannies have many good reasons to vote for Obama. Mostly, it comes down respect, compassion, and equal rights across the outermost edges of our culture—not much of which seems possible under a McCain/Palin Administration. Barack Obama and Joe Biden seem like decent guys, both of them. I think they’re capable of initiating change that even we trannies can believe in.

So… how far has the transgender movement come? That’s what Trans-blogs for Obama Day is going to determine, with three measuring sticks:

1) How many Trans supportive voters can we put together in a day?
2) How much money are we going to raise for Senator Obama?
3) Will Senator Obama’s campaign acknowledge our contribution by name?

If you’re a tranny, or an ally—please dig deep. And remember—even a donation of $2-$5 will show the Obama campaign there’s another pro-Trans voter.

Click here to donate what you can to the good Senator.

Click here to see where trans-folk rank as donors to Senator Obama’s campaign.

Our goal for Trans-blogs for Obama Day is 200 donors. 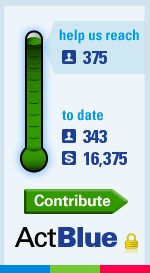 As of this posting, I’m joined in this campaign by these amazing and extraordinarily attractive Trans-bloggers: Riftgirl, Andrea James, Caprice Bellefleur, and Helen Boyd. If you’ve got a blog or Facebook account, please spread the word.

And keep your eye on Senator Obama’s campaign to see if he mentions our name.

Thank you, and here’s hoping for some change we really can believe in.