One of the terrible things about life inside a closet is you never get to speak out loud as the person you know yourself to be. When you’re living in the closet, no one who loves you ever gets to call you the name you’ve always wanted to hear. For over two decades, Trans activists, artists, educators, and bloggers across the USA and around the world have worked to open closet doors for trannies. That’s over 20 years of hard work on local, regional, national and global levels. And now it looks like our combined work has brought us to a tipping point in the history of Transgender politics.

Yesterday, I read the news on Helen Boyd’s En|Gender website. The presidential campaign of Senator Barack Obama has publicly thanked the Trans Community for our support. I’m dizzy with joy that we’ve come so far in my lifetime, and this is a great opportunity to come together as a real community. There’s no monolithic transgender community in the world, and I hope there never will be. There are many Transgender communities, and all I want is for us to work more closely together with one another. We need to heal the divisions in our Trans world in the same way that we want Senator Obama to heal the terrible divisions resulting from eight years of government sanctioned and government sponsored oppression. So, how do we take a step from here on what’s going to be a long road toward Transgender unity? First, I think, we need to understand what it is that’s been keeping us apart for so long.

Like any other demographic, trannies are divided along one or more of these three vectors: identity, desire, and power. 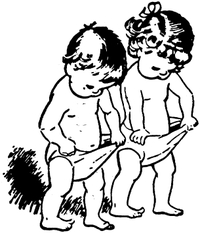 As transgender people, we splinter themselves into sub-groups of transgender identity. There are men who’ve become women, women who’ve become men, and people who call themselves neither man nor woman. There are cross-dressers, drag queens, butches, femmes, and genderqueer. Transgender includes intersex by anatomy, intersex by chromosomes, and iatrogenic intersex. Any school kid who isn’t as much of a boy or girl as he or she is supposed to be—that kid is a member of the Transgender Community, too. It’s not possible to list all the ways a person can occupy a transgender identity. We are simply a dazzling array of people. Most of us spend time with people who identify as trans the same way we do. That’s natural. It’s even fun to hang out with people who are just like you.

It’s the belief, however, that there is a single best way to identify as trans that holds us back from becoming the community recently acknowledged by the man who could soon become the leader of the free world. Senator Obama’s campaign spoke our name. The Trans community must now unify itself by embracing—not erasing—each and every one our wonderful Trans identities. We must answer as a community: What are the factors of identity that are common to all Trans people? 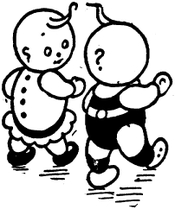 The range of respectful sexual desires includes what’s loosely called the leather community, which includes consensual sadism, masochism, bondage, discipline and slavery. And sexual desire can express itself as a solo journey with or without companions.

It’s breathtaking, how many ways there are to have fun with sex. When you throw transgender into the mix, it can get even funner. And of course it’s great to hang out with other people who like sex just the way we like it—it makes us feel just swell about our sexual desire, and everyone deserves to feel that way.

It’s the belief, however, that there is a single best way to channel our trans sexuality that holds us back from becoming the Trans Community that was acknowledged by the one guy who could possibly undo the damage done over the last eight years of a brutally sex-negative US Administration. Senator Obama’s campaign has spoken our name. Now, we’ve got to unify ourselves by embracing—not erasing—each and every one our wonderful Trans sexualities as valid and yummy. We must answer as a community: what are the factors of desire that are common to all Trans people?

As transgender people and cisgender people alike, we divide ourselves according to our political agendas. Within the Trans community, there are activists who fight on behalf of homeless tranny kids. There are trans activists who fight for social equity in the halls of national governments, More and more Trans religious leaders are making inroads in previously transphobic places of worship. At corporate levels, trans activists have educated and made space for more trans people in the workplace. That Senator Obama’s campaign has acknowledged our Trans Community highlights just how effective our individual work has been over the past 20 years. Now, it’s time to align our disparate activism.

There is no single best political method, objective or plan that will by itself achieve equity for all trans people everywhere.We are fighting against thousands of years of transphobia. And now, Senator Obama’s campaign has spoken our name. They weren’t acknowledging just a few of us. The Trans community must now unify ourselves by coming together as a supportive coalition. We must answer as a national and global community: What are the political priorities of a Trans Community? How can we work with one another to ensure progress along all our vectors of trans-specific political activism?

It’s time to discover and name whatever it is that we trannies have in common with each other. It’s time to give more weight to our commonalities, the better to overcome the issues that have kept us divided. That’s what I think, and I’ve had a lot of years to think this one out. So…

As an elder in this community, I’m asking each and every person whose life is impacted by transphobia to broaden their notion of exactly what is an acceptable trans identity.

As a trans community elder, I’m asking that we each of us acknowledge, celebrate, and set free the full rainbow of transgender sexual desire.

And as a community elder I’m calling on my tranny family—all trans individuals or gourps with any political power at all—to align their political priorities and resources with the needs of every other tranny.

I cannot begin to express my deep gratitude to the thousands of Trans activists, artists, educators and bloggers who’ve gotten us get as far as we have. You’ve got me kvelling over you. I could pinch each and every one of your cheeks, I’m so proud. Now, can we please work even harder to elect a guy who by simply naming us has helped us open wider our collective closet door?

This January, a good man who happens to be of mixed race may very well take office as President of the United States. If and when we trannies work more and more closely together as a community, who knows… the USA could one day elect itself a person of mixed gender.